She is voiced by Kelly Metzger.

Sparrow is a 17-year old girl who is a spellbinder and defeats evil with Tara and Cal. She and her family have the characteristic exclusive to come down from Beauty and the Beast; she has inherited the curse of the beast and can turn into a beast at will. However, with the curse, whenever she is afraid or angry she will inadvertantly transform into the beast. She also runs and owns a pet shop, as it is her excuse for staying in Rosemund to the nonspells.

When Sparrow casts spells, her color is pink.

Sparrow is shy, smart,and a friendly person.She is sensible and reasonable. At times, she can be very prideful of her intelligence, though. Sparrow easily gets very upset or anxious, which turns her into beast form.

Sparrow wear a red baret and she has brown wavy hair.She wears a pink shirt with buttons on it and has brown short with a very light purple on bottom.She has boots that are brown with lighter brown socks coming out of it.She wears a yellow and pomergranate necklace which is her Familiar.She has her crystal on her wrist which helps her during missions.

Sparrow's best friends are Tara and Cal. Notably, she is friends with the nonspell twins and the Beta Team members, particularly Fafneer. She also has a boyfriend named Edward.

Sparrow appears to have no real love interest in the first few episodes. However, in one episode, it is revealed that she likes a nonspell by the name of Edward. Edward is a blonde boy with blue eyes who is usually wearing a white shirt with a blue collar and stars on it. They seem to have a lot in common and many subplots involving Sparrow also involve Edward (i.e. at one point, she was concerned that she would have to cast a mentus on him because it seemed that he knew of her curse. To her relief, that was not the case. Another example would be she had agreed to protest the prepping of dogs for dog shows with Edward. However, in order to catch the villains, she had to enter Manitou in the very same contest she had promised to Edward to protest. Her main concern the whole episode was hiding from Edward so he would not think badly of her.) In a few episodes involving the Beta Team, Sparrow seems to like Fabrice.

Sparrow's pet/familiar is a white panther named Sheeba. Like all other familiars, she can transform into a yellow and pomergranate necklace. 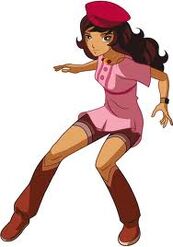 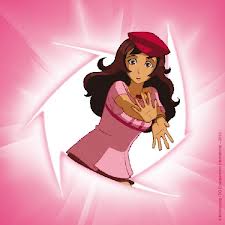 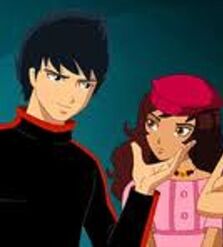 Add a photo to this gallery
Retrieved from "https://taraduncan.fandom.com/wiki/Sparrow?oldid=5635"
Community content is available under CC-BY-SA unless otherwise noted.